﻿Welcome to the Wubbulous Website
of Amber Michelle Cook﻿

A little bit ‘specfic,’ a little bit lit n’ period piece, partway through the Looking Glass but with one foot rooted to the ground.  With a linguist’s love of language, a writer’s drive to tell stories, and a chromaphile’s delight in color and visual impact, I hope to entertain you here, on my blog, and via my short stories and novels.

﻿Sign up for my free newsletter and I'll send you a Prism Cast greeting card, note card or postcards  and a special offer on my books.﻿

We'll be publishing a second edition of it in 2018, while I work on getting Book 2 ready go.

Love working with Tessa and her marketing plan! 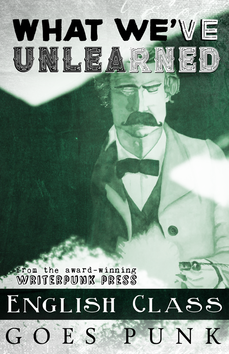 My second WRITERPUNK anthology.  I'm thrilled to be in it again.

Literature you might have read in English Class, all punked up and ready to be re-read for the joy of good story meets the the fun and fantastic.

The anthology title, What We've Unlearned, is from a Mark Twain quote.  How most of what we learn when we get educated, is unlearning the wrong stuff.  What have we unlearned?  Try the stories and see!

My story in it is called, Of Folly and Fallibility.  A Space 1899/steampunk adaptation of Jane Austen's Northanger Abbey.  Where the British Empire has expanded out into the inner solar system.  On Venus as it might have been were it much as scientist/thinkers speculated at the time.  Where the main characters has, perhaps, read too many stories about pernicious aliens and their plots to take over humanity.

You can find English Class Goes Punk:  What We've Unlearned on Amazon/Kindle. 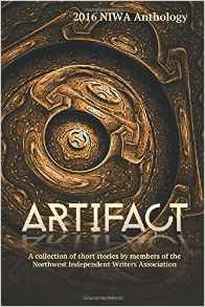 We just had the launch party at ORYCON 38 for NIWA's new anthology, ARTIFACT.

My story is called 'Suspended Animation' and it's a 5,000 word SF tale.  What if you woke up in the tank you'd been suspended in for lengthy space travel to find aliens had broken into the ship?  Worse, your crew members call you the glorified 'cruise director,' but the ship's AI woke you up to stop them, so you now have to find a way to defeat them without leaving the tank or alerting the aliens to the fact that you're awake.

​This anthology from the Northwest Independent Writers Association presents nineteen “artifact” stories, each with a different interpretation of the theme. In these pages meet a werewolf with daddy issues, an android driven mad by time and an alien artifact that will make you cry. You’ll travel to worlds filled with magic, visit unique cultures, and move through time. So whether it’s stories with deadly aliens or friendly witches, advanced alien technology, or strange things that go bump in the night, you’ll find something to enjoy here. 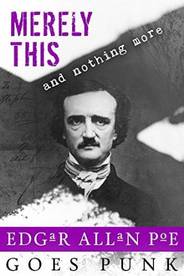 The newest anthology I've been published in is out:
Merely This and Nothing More:  Poe Goes Punk
It has a 5 star rating on Amazon.
It's won three publishing awards.
And been accepted into the prestigious catalog of the National Poe Society in Baltimore, MD.
My thanks to the people of Writerpunk for including my story, and my admiration for how well laid out and beautiful designed the whole anthology is.
All profits from the sale of it go to PAWS in Lynnwood, WA, a pet rescue and wildlife rehabilitation organization, to help them expand their facilities and save more lives.

I did EdMo and ran it while working heavy hours at H&R Block for the tax season, so it wasn't easy to get in the 50 hours, and I only hit fifty close to midnight of the very last day.  But I did it.  [smiley]
As usual I didn't get as far through the novel as I thought I would, but all the rethinks, rewrites and edits are making the story better and stronger, which makes me so happy.

And now I've made what I hope is an even better cover for Defense Mechanisms,
that says urban fantasy and not scifi the way I think the other one did,
and matches the new What the Faeries Left Behind cover better.

My first Author Presentation was at
the McCormick County Public Library
Thu June 13th, 2013 6:30-8pm
I gave a reading, a book giveaway, Q&A and an interactive presentation on making your least favorite chores more fun!

Reed Reunions Alumni Author Display:
at the Reed College Bookstore
June 12-16th, 2013
The Reed campus is beautiful in summer, come walk the canyon and then drop in the bookstore.

What the Faeries Left Behind, my novella, is out.

New stuff, updates, and other changes