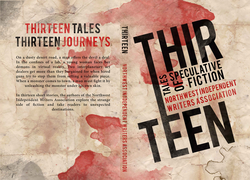 On a dusty desert road, a man offers the devil a deal. In the confines of a lab, a young woman faces her demons in virtual reality. Two interplanetary art dealers get more than they bargained for when hired guns try to stop them from selling a valuable piece. When a monster comes to town, a man must unleash the monster under his own skin.

In thirteen short stories, the authors of the Northwest Independent Writers Association explore the strange side of fiction and take readers to unexpected destinations.
2014 NIWA Anthology 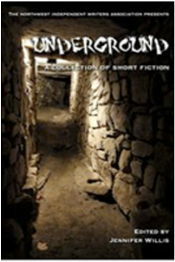 ​
​The 2014 Northwest Independent Writers Association anthology
contains my short story, When Drake Met Thalise,
a fun twist on the sword and sorcery tale of a thief and a dragon. 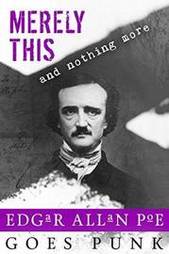 Merely This and Nothing More:  Poe Goes Punk
​A Writerpunk Anthology (2016)
contains my short story, Oddball
a Space 1899/Wild Wild West adaptation of Edgar Allen Poe's 'The Angel of the Odd,' which means... if the Victorians had discovered space travel using the ether, and tested their first steam-powered space launch 'out west' in America
The very proper, pretentious young English gentleman convinced to test the space sling, despite a fear of heights and travel in general, is harangued by an otherworldly creature when he claims vigorously that he is not odd in any way, who determines to teach him a lesson. 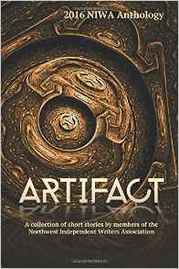 ARTIFACT
contains
Suspended Animation
a science fiction story where the newest crew member, recently added by the Company to benefit crew morality and mental health, is considered an artifact of pre-space flight travel and dismissively called the 'cruise director.'  But it might be her old-fashioned notions and unpopular protocols of fun and recreation that could save the ship from being taken over by a boarding party of unknown scavenger aliens. 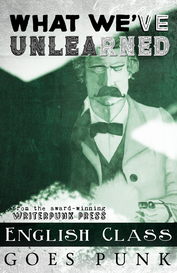 ​English Class Goes Punk:  What We've Unlearned
A Writerpunk anthology (2017)
contains my short fiction, Of Folly and Fallibility
​A Space 1899/steampunk adaptation of Jane Austen's Northanger Abbey.  Where the British Empire has expanded out into the inner solar system.  On Venus as it might have been were it much as scientist/thinkers speculated at the time.
Where the main characters has, perhaps, read too many stories about pernicious aliens and their plots to take over humanity.
​